My (never sent) Response To A Religious Ben Stein Viral E-mail Forwarded To Me By My Dad. 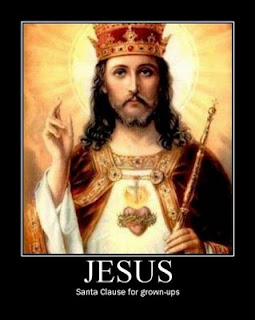 Hi Dad… a word of warning: this is a rant, so please understand that when you send me religious e-mails, you’ll know in advance how I feel about the subject. I don’t mean for you to stop sending them to me, but you should be aware of my opinions. If you choose not to read and understand my point of view, well, that is your right, but please don’t hate me for having a perspective that differs from yours. That said…

Sorry, but I think Ben Stein is full of crap. This country is not atheist, no one wants it to be and he is totally wrong for thinking or saying any such thing. In this country we have freedom OF religion, which also means freedom FROM religion, if we so choose. Our nation was founded as the result of the Church of England forcing their doctrine upon people who chose not to bend to their teachings and decided to leave rather than have someone else’s beliefs foisted upon them. Mr. Stein better read up on his history, as well as The Constitution of the United States of America. I carry a copy of it with me every day.

What Ben Stein is saying MAY relate ONLY to those who choose to agree with his particular brand of religious philosophy… what about Muslims, Buddhists, Sikhs, Rastas, Rosicrucians and all the other faiths that don’t follow the teachings of Christianity? What about the millions and millions (like me) who choose NOT to believe at all? And that baloney about Christians getting pushed around is ludicrous… this country is filled with Christians, and they are getting radicalized by a minority of fundamentalists who want to turn this country into a theocracy.

Pat Robertson blamed 9/11 and Hurricane Katrina on godless people and homosexuals infesting the US… Pastor Wiley Drake invokes imprecatory prayer asking God for President Obama to die… domestic terrorist Scott Roeder murdered Dr. Tiller in his CHURCH because he hated the doctor’s practice of performing a legal medical procedure for women in need… dry-drunk and born-again evangelical George Bush lauded the war in Iraq as a holy mission to destroy ‘radical Islamists’… please tell me how these religious people are doing anything but sowing hatred and evil on those who choose not to follow their brand of ideology? Tell me how these Christian warriors are any different than the Taliban in Pakistan or the ones that brought down the World Trade Center.

The American church pays no Federal taxes and is not answerable to the government, yet they are working hard politically to foment a persecution complex on their followers and force those of us who choose not to have their brand of faith to bow down or suffer the consequences. Over the last decade in particular, Christians were told by our previous administration to go ahead, flex your muscles, no one will deter you from your holy task to turn this country into a God-fearing Christian nation. To me, that is the height of hypocrisy from a cabal of people who tortured and killed for a phony cause.

Look around the world and see how many countries are afire because their government and religion have melded into one. I have no desire to live in a country where a religious doctrine determines what I can say, think, do or how to live, but don’t kid yourself – that is EXACTLY what evangelical Christians are all about, and they will freely admit it. Will I leave if their efforts gain traction? HELL NO… I will fight for my right to be free of religious tyranny with the same patriotic fervor that Washington’s armies did against the British during the birth of our nation. I claim my right to be a non-believer and reject any effort to force me to accept religious doctrine, laws or teachings.

I know… this all probably upsets you greatly, but you must know that my goal is not to denigrate your faith – only to inform you that your faith is not my faith, and that we hold different philosophical beliefs about the world. I choose not to follow a dogma that is based upon a book written 1600 years ago about a man that the writers heard about, did not know and never met. And that book has been re-written and edited and redacted and changed and interpreted and re-interpreted and revised, all in an effort to try and keep it relevant. And it is, for those who choose to believe it.

The Bible was written by those in power at the time who sought to establish their authority and control over an ancient uneducated populace who feared the unknown. I believe there are many positive allegories and morals that can be gleaned from The Bible, but taking those written words as fact and manipulating them into a blueprint for living is an abdication of free will.

When people like Ben Stein, Pat Robertson, Jerry Falwell, Randall Terry, James Dobson, Ralph Reed and other self-professed Christians try to blame the world’s problems on a lack of God-fearing faith, they are speaking with a narrow-minded perspective that they alone see the way things are. How arrogant! Their proclamations mean nothing to me, have no validity in my life and show them for the charlatans they are. However, when they seek to access the levers of political power to enforce their code of behavior on others who hold a different view, then we are going to have a throwdown.

OK… if you made it all the way to this point, I am both impressed and appreciative of your patience. Normally, I don’t feel the need to respond to your religious e-mails… I just chalk it up to your faith and belief, which is your right and choice. In this case, when someone like Ben Stein says such patently outrageous things and those statements start whipping around the blogosphere and on television, that’s a different kettle of fish, so to speak.

Ben Stein is dead wrong. Our world is in turmoil because humans are fallible creatures who struggle to survive and thrive, and sometimes humans try and control other humans, much to their disaster. Our species is like a fungus, a virulent bacteria that crawls across the face of Mother Earth, trying to force our will upon nature. Ultimately, we will either succeed or fail depending on our ability to love one another and accept that our fates are tied to how well we protect and defend our small Blue planet from ourselves. Our differences are literally only skin-deep, and no matter how high we build, how much cement we pour, how strong our weapons, underneath it all is still dark, sweet soil and clear water. I hope we don’t destroy it before we decide to save it.

You and I are at once different and scarily the same. I reckon that’s the way it will always be with Father and Son… how cool is that?
Posted by Oblio at 10:19 AM