Sarah Palin Is A Good American 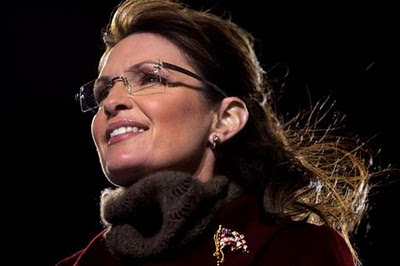 “Appreciation is a wonderful thing: it makes what is excellent in others belong to us as well.” – Voltaire, French philosopher and writer (1694-1778)

One of the greatest gifts in my life has been the ability to understand and appreciate those with whom I may have little if anything in common. It has nothing to do with religion and everything to do with my foundational belief that no matter your race/creed/color/political/sexual/ philosophical orientation, we are all just Bozos on this Earthly bus and simply want to live our lives to the maximum before we take the dirt nap. That appreciation allows me to love the family and friends with whom I share almost no like-mindedness.

Former Alaskan Governor Sarah Palin is the perfect example of a person with whom I seemingly have not a single molecule of agreement with on anything, but nevertheless appreciate and find endlessly fascinating and entertaining. For those who know me personally, via Facebook or this blog, that statement may come as a surprise, because my status as a Hardcore Progressive Liberal DemocRAT would have me at complete odds with anything that Ms. Palin would say, think or do. They would be 100% correct in that observation, but it would also mean I have a one-dimensional, single-minded view of this new Conservative American icon, and I most certainly do not.

When Grampy McCain blew up the 2008 elections by choosing her as his running mate, no one could have known the scope of her impact on the national psyche. She was brash, beautiful, polarizing and the perfect foil to spoil Barry’s huge Denver nomination party, held the night before her presentation to the national stage. She sucked the air right out of the Obama campaign, and they fought like mad to counter her dramatic visage right up to election night. It was Grampy's Hail Mary pass, and he succeeded in making the Presidential election a very close race with her by his side.

Fast-forward three years and look at what’s happened. Sarah has become a Conservative firebrand, a media darling, the Teabagger heroine, a political gadfly of the highest order. Just the mention of her name sparks intense adoration and/or hatred, and the kind of buzz that modern politicians have tried to generate since the Kennedy-Nixon debates. There’s been lots of thoughtful analysis about why she’s had such an impact on our media and political discourse. Some have said it’s because Conservative women dream of being her, while Conservative men dream of having sex with her. She is their ideal, their manna, their godhead… they idolize who and what she is, what they believe she stands for. Many Republicans publically dismiss her, but secretly they fist-bump her efforts and silently cross their fingers that she will keep doing exactly what she's doing.

Before I go any further, let me be clear on where I stand regarding Sarah Palin: I think that she is a dangerous moron, a barely-educated simpleton who has no business being a political icon, let alone a person who should consider herself suitable for the office of President of The United States of America. Her worldview is based on extreme religious fundamentalism, bumper-sticker rhetoric and a lack of inquisitiveness that makes George W. Bush look like a Rhodes scholar. I shudder to think of her wielding actionable political power... she wears her ignorance and venality like badges of honor. She inserts her overwhelming dumbness into every aspect of our modern political dialog, spewing the kind of regressive word-salad moralizing that marks her as a truly awesome idiot.

All that said, it does not lessen her importance to our political discourse. As much as it pains me to admit it, she has a strong resonance with a segment of our society that actually believes her regressive ideology. Her coronation as Queen Teabagger is a direct result of her influence, and this can be a powerful tool for liberal progressives when trying to figger out what makes her tick, if they would bother to hold their noses and look closely. As has been happening all over the country since the election of Barack Obama, conservative ignorance, lies, fear and hatred of ‘the other’ has yielded massive gains in Republican power from local city councils to the halls of Congress. Sarah Palin has tapped into the fear-mongering quasi-Reaganish ‘American Morning’ baloney that conservatives want to believe is the American ideal.

And that’s why I understand and appreciate Sarah Palin, because no matter how vehemently I disagree with her, I also believe that she is a Good American.

We have a two-party political system in this country and, as much as the Teabaggers (who are in truth just severe-Right Republicans), the Greens, the Peace and Freedomers, Whigs and any others might bitch and complain, it’s really all about Republicans and Democrats. Sorry, that’s just the way it is at this point in time. We practice a form of scorched-earth adversarial politics that has become truly awful and heartless and vicious. Everyone demonizes everyone else, and it tends to push moderates of both parties into one extreme camp or the other. Once that push is done, it’s easier to convince the faithful of either party that the other side is hell-bent on destroying them. It’s all so childish and poisonous, but it works.

Sarah has staked out her territory on the farthest edge of the Far Right ideology, and it doesn’t matter what the issue is, you can know with certainty where she’ll stand on it. She has every right to do so, and the people who support her have every right to do so, too. It makes me crazy to see them flail around in their blinded sense of purpose, but it is of no consequence to them. She is simply fulfilling The American Dream, and for that I am truly thankful. She offers us evil libruls an excellent benchmark of crazy conservatism, and I’m sure we provide the opposite-side same for them. That is a good thing, because it offers context for both sides as a measurement of the other. How we interpret the context is another matter entirely.

For most Lefties, Sarah is the perfect example of unfettered conservativism run amok. For many Righties, she is a magnificent standard bearer of the one true American way. I view her with a mixture of contempt and awe and admiration, because I see in her the best (and worst) of what our country is made from, of what makes us vital and strong, even though I know to my core that her political philosophy is dead wrong. I also know that she views DemocRATs, liberals and progressives as a treasonous cancer that must be smashed into submission and forced to follow her God-approved Amerikkan values. She certainly does not view President Obama as a Good American… she likely doesn’t even think he’s an American citizen at all.

She would definitely not consider me a Good American. I am a staunch defender of every woman's right to decide for herself whether or not she wants to give birth. I support marriage equality, no matter the sex of the people involved. I reject the concept of organized religion or religious dogma of having influence on our government in any way, shape or form. I support an expanded immigration policy that promotes and supports immigrant rights and provides a streamlined access towards citizenship. I support national efforts to eliminate oil and petroleum products as the central aspect of our energy policy. I reject the antiquated concept of gunboat diplomacy when dealing with our international allies and adversaries. I support increased restrictions towards individual gun ownership, sales and use.

You get the picture. In each case, Sarah Palin supports the diametric opposite view, and because of that I am not a Good American, at least in her eyes. I honestly think she is so severely limited in her world view that she can't even imagine the merits of opposing viewpoints. It could also be a clever ruse, but I doubt she is that calculating. I firmly believe she is who she purports and presents herself to be.

It is a sad fact that highlights the current and unfortunate differences between conservatives and liberals, Republicans and DemocRATs. For the most part, liberals will accept their opposites as simply having a different viewpoint, will try and rationalize that difference and see how a consensus can be developed. You know... pussies. Not so with modern conservatives, who openly seek to destroy every vestige of liberalism, remove the liberal dialog from the national conversation and prevent it from having any impact on the New Conservative American Morning. Don't believe me? Try watching Fox News for a day and you'll get a face-full of the 'search and destroy all liberals' message every minute, every hour, all day long. Ew.

Will Sarah run for President in 2012? My gut feeling is a resounding NO, because her track record of work experience shows her to be a weak leader, ready to cut out at the first sign of trouble or distress or difficulty. I believe she likes the position she holds right now, because she can spout and fume and bloviate and screech whatever her pea-sized brain can generate, and she’ll be paid handsomely for those pea-sized fulminations. She’ll have no real responsibilities, can rake in the Benjamins and avoid doing any real hard work… you know, like reading and stuff, also. Too.

I want Sarah to go for it, to run for President of The United States of America. She's a Good American, and I thank her for having the chutzpah to jump into the deep end of the political pool. As much as I disagree with her regressive policies and insane theocratic vision for our nation, I have a deep appreciation for her willingness to put herself out there, to suffer the slings and arrows, to bask under the intense heat of our dubious electoral process. She seems to revel in it... I reckon any political figure these days has to, otherwise, why bother? I have often considered running for local political office, but I have far too many skeletons dancing in my closet, am too liberal and outspoken, tend not to pull punches. I would not make a good politician in these perilous times. I don't want to wear a target when surrounded by 'patriots' with guns, knowwhatImean?

But Sarah and me... we are both Good Americans, even though I don't reside in the 'Real America' that she panders to. Sarah may think I am the enemy, the anti-American, the problem which must be eliminated, but that's OK. In this country, we can have our individual opinions and speak and write them (mostly) with immunity, with freedom, with salience and conviction, without fear of retribution. If Sarah had an understanding of our individual rights regarding free speech and the First Amendment, maybe she would focus on that learning thing a bit more before she opens her pie hole and once again demonstrates that stupid is as stupid does.

Yep, Sarah may be dumber than a bag of rocks, but it doesn't change the fact that she is a Good American. Just like me.