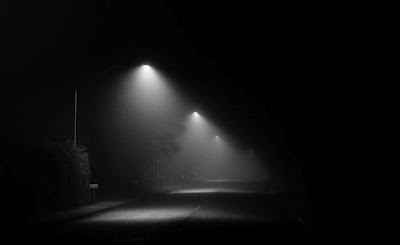 It was a recent conversation that brought the memory of ‘that night’ back. A memory that is usually deeply imbedded in my subconscious, only to be dredged up by a word or image or a certain feeling. One of those really awful, debilitating, soul-sucking sequences of hours that each of us suffer through and hope will never EVER happen again.

Of course, now I can view ‘that night’ with a good hard laugh and a head shake and a true sense of how much time has gone by. It doesn’t lessen the sting, but those painful times only serve to highlight the rest of the really good times, of which I've had a great many.

But ‘that night’… oh man, was it painful.

The first part of 1982 was one for the books, filled with anger and dread and anguish and sadness and hostility and yes, I am speaking about the death of my first marriage. Actually, when ‘that night’ took place, I had already been booted out of the second-floor apartment we shared with my young daughter and (if memory serves me) at least three cats. Yep, after we had married and separated and gotten back together for only a year, I came home after work to find my belongings sitting out front next to the trash, waiting to be scooped up and carted off to the landfill. And it would have happened if I hadn’t gotten home just in time to jam as much of my stuff as possible into the car I had borrowed just a few days before. It would be my final day of co-habitation with my nuclear family.

But ‘that night’ happened a few months after the boot was applied to my skinny ass.

I was renting a room from a friend and co-worker who took pity on my homelessness. I had been lucky enough to keep my job during the initial marriage blowup, and had just bought a really cheap car, specifically a huge White 1961 Ford Galaxie 4-door that my work pals had dubbed ‘The Orca’. I was drinking more than ever before, but only as a salve to my wounded soul, shredded and bleeding from the breakup. I missed my daughter, missed what I thought could have been a decent if mostly loveless marriage, and I dreaded the unknown days and weeks and months that lie ahead. Tequila helped with all that.

My new lead sled would allow me to make the trek to see my daughter, and one night after work, I headed back to the scene of the marital disaster at the invitation of my soon-to-be-ex-wife to visit with the offspring and share a meal with them both. I didn’t know what to expect, but had been tempted with the promise of stuffed pork chops and scalloped potatos. How could I refuse? So I rolled the 50-plus miles, parked The Orca out front and climbed the Stairs of Shame back into the Den of Sorrow.

We talked. We ate. The food was good, the atmosphere was better than I had known in a very long time. I was feeling oddly satisfied and strangely welcomed. After the meal was done and the dishes were washed, my daughter and I played for a bit and then we put her to bed. Then it happened.

She said “You know, I want you in my bed, but not in my house.” CRASHBANGBOOM.

Sucker punched, knowing I’d been had, cursing my own stupid horniness, I mumbled something inane and meaningless, got dressed and left the Den of Sorrow to make the long drive back to my dark and mostly-empty rented room. How could I be so fucking stupid? How could I have let her coax and tease me back into the apartment and into her? I was pissed off and cussing at the top of my lungs on the freeway at 70mph at 11:30pm on a work night. I’D BEEN HAD. I’m a moron.

Still cussing, I exited the freeway and onto the main road to get back to my rented room. There were no other cars on the road, just me and The Orca and my anger and my balls covered with the remnants of her conquest. I drove along and came to a stoplight, just me sitting there at the intersection, all alone in the entire world. Then it happened.

At first, I thought I was seeing things… I noticed the hood of my car seemed to be changing color, but maybe it was just the street lights causing an optical illusion. Then I noticed a wisp of smoke seeping from under the hood, and before I could open the door, the wisp turned into a billow. Still idling in the street, I slammed the tranny into Park, jumped out and popped the hood, only to be met with a WHOOOSH of smoke and flame and heat and sparks. Yup, my new old car, The Orca, all $500 of it, was on fire, at 11:30 at night, in the middle of the street, with no one else around.

It seemed like forever, but as I stood there, looking at the raging fire consuming the engine of my new old car, I had the sense that I was at the center of an immense metaphysical joke. Somehow, I had brought all this misery and sorrow on myself. How dare I tempt fate and try to extricate myself from a marriage that would have dessicated my soul but given me a semblance of a life? Who did I think I was, trying to reassemble the shards of my sad existence? My gosh, I was only 25 years old but felt like a worn out skin bag. How could I be so stupid. Then it happened.

Out of nowhere, a ratty Porsche 911 screeches to a stop next to me and The Flaming Orca. The driver rolls down his passenger side window, yells “HERE… TAKE THIS!” and tosses me a chrome-plated fire extinguisher, then blasts off without another word. I didn’t miss a beat and began to douse the flames, with smoke and ash and extinguisher powder covering everything. After a few moments, the fire was out and the smoke cleared and I stood there, empty extinguisher in hand, burned up car in front of me, once again completely alone in the intersection.

After sizing up the situation, my first thought was that I needed to get my new old burned-up car out of the street, so I put the tranny in Neutral and slowly pushed it through the intersection. How I did it by myself, I’ll never know, but somehow I was able to get it rolling with enough momentum to get up a driveway and into a darkened parking lot. Yes, I rolled up the window and locked the doors, as if someone would actually try to steal this ticking, dripping, melted beast. I knew I was only about a mile or so from my rented room, so at around midnight, I began to walk along the side of the road, no one around, only me. Then it happened.

As I walked, I heard a vehicle with a loud engine approaching me from behind. I also heard the whoops and shouts of several people that were probably in the car, and it all got louder the closer it came up behind me. I was walking on the grassy parkway, out of the street and harm’s way, so no biggie. No sooner had the vehicle drawn up next to me when WHAPWHAPWHAPWHAP I was pummeled with a barrage of water balloons that blasted me off my feet and dropped me right on my face and into the street. I could hear the loud engine and howling laughter fading away as they sped past me, lying there with my head in the gutter, soaked with water and mud.

I lay there calmly for a few minutes, looking up at the stars and dark sky, wondering what in the fuck I had done to have this all happen to me in one night. It started out with the best of intentions, just a visit with the soon-to-be-ex-wife and my daughter. And there I was, lying in the gutter, hammered with water balloons, covered with mud, my burned-up new old car abandoned in a parking lot, my soon-to-be-ex-wife’s crusty juices covering my genitals, and my former life blowing away like fire extinguisher powder. And the dark empty rented room was waiting to mock me even more. Finally, I dragged myself to a standing position, looked around and slowly walked the rest of the way, no one else around, not a car or a soul or anything. Just me and my horrible, debilitating, soaking wet misery.

Yep, it was The Longest Night, it was. But wait… there’s more, and it was actually pretty good.

The next morning, my car-geek roomie heard all about it and, after a huge amount of howling laughter out of us both, he grabbed some tools and we jumped in his car and went to inspect The Orca. It looked bad enough that we towed the thing back on a rope and, after some peeling and scraping and cutting, he determined the coil cover had cracked and sparked and caught the plug wires on fire, which caught all the other wiring on fire. Did I mention he was a master mechanic? After just a few hours, some beers and a couple of parts runs, he’d replaced all the burnt parts, re-wired the car and had it running again, smooth as butter. What I’d thought was a lengthy and horrific immolation was a hot but brief engine fire, and The Orca had been saved by the mysterious Porsche driver and his chrome-plated extinguisher. Thank you, whoever you were.

The only evidence of ‘that night’ was the large burnt spot on The Orca’s hood, but I never painted it out. And soon enough, my life would take a turn that I could never have dreamed after The Longest Night. She came into my life during that insanely low period of 1982, and she is with me to this day, sharing and caring and laughing and loving and supporting me to become the person I always hoped I would or could be. She also had a special connection to The Orca, something she told me only after we had realized that we'd be together forever. But that will remain a secret, one that I'll never tell. Ain't life grand?