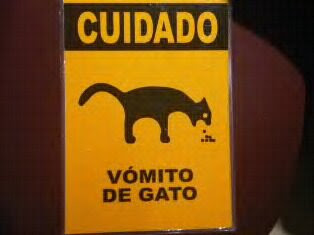 I am mystified over the calls to dump Agriculture Secretary Tom Vilsack over the premature firing of USDA staffer Shirley Sherrod, all caused by the horrible edited video released by ACORN-killing Andrew Breitbart. I mean, who among us has never fucked up? Look, the whole escapade was an example of the hair-trigger nature of modern news discourse… everyone in the media wants to be the first one on top of a story, regardless of the facts. No worries, if the whole thing is bogus, the next 24-hour news cycle will either obliterate or confirm the story, and besides, the American populace has the memory of a gnat, so who cares?

Governing is the single most difficult, thankless, cluster-filled job anyone could think of doing, yet we have developed the emotional sensitivity of a 13-year-old girl when it comes to stuff like this. OF COURSE that scumbag Breitbart knew exactly what he was doing, and he succeeded. But you won't hear a peep about him in the MSM, nor any assertion to his major role in the ACORN debacle. He gets a free pass... he needs to be cock-punched, as The Rude Pundit would say.

Yes, this was a stupid thing for the Obama Administration to have done, but firing Vilsack would only admit that the scumbags were successful. Let them work thru this thing, let them all just lick their wounds and keep on going. They'll be sliced up again, no doubt about that, but come on... if anyone else thinks they can do better, than RUN FOR OFFICE. Otherwise, thank your lucky stars that there are people like Tom Vilsack (whom I know next to nothing about) who are willing to put themselves onto the public sacrificial stone, watching that knife hovering, always hovering.

I am 100% convinced that Barry and his gang are running WFO to keep the herd of cats headed in the right direction, while seemingly everyone on the Right and Left is tossing grenades, then laughing and pointing and vilifying them when the cats scatter and shit themselves and the gang has to scoop up the mess while running at the same time. COME ON... have a little empathy and patience. This is HARDER than rocket science.
Posted by Oblio at 1:22 PM