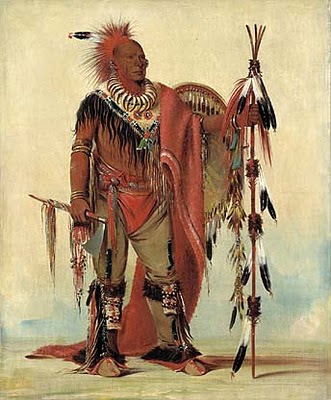 An excerpt from Howard Zinn’s excellent book, ‘A People’s History of The United States’. This unvarnished look at the plight of Indians, women, blacks, poor whites and immigrants during the formation of our country should be required reading for every high school Junior. Except in Texas, where The Bible is seemingly the only educational document accepted by that learned populace:

Under (President) Andrew Jackson, and the man he chose to succeed, him, Martin Van Buren, seventy thousand Indians east of the Mississippi were forced westward. In the North, there weren’t that many, and the Iroquois Confederation in New York stayed. But the Sac and Fox Indians of Illinois were removed, after the Black Hawk War (in which Abraham Lincoln was an officer, although he was not in combat). When Chief Black Hawk was defeated and captured in 1832, he made a surrender speech:

“I fought hard. But your guns were well aimed. The bullets flew like birds in the air, and whizzed by our ears like the wind through the trees in the winter. My warriors fell around me… The sun rose dim on us in the morning, and at night it sunk in a dark cloud, and looked like a ball of fire. That was the last sun that shown on Black Hawk… He is now prisoner to the white men… He has done nothing for which an Indian ought to be ashamed. He has fought for his countrymen, the squaws and papooses, against white men, who came year after year, to cheat them and take away their lands. You know the cause of our making war. It is known to all white men. They ought to be ashamed of it. Indians are not deceitful. The white men speak bad of the Indian and look at him spitefully. But the Indian does not tell lies. Indians do not steal.”

“An Indian who is as bad as the white men could not live in our nation; he would be put to death, and eaten up by wolves. The white men are bad schoolmasters; they carry false books, and deal in false actions; they smile in the face of the poor Indian to cheat him; they shake them by the hand to gain their confidence, to make them drunk, to deceive them, and to ruin our wives. We told them to leave us alone, and keep away from us; they followed on, and beset our paths, and they coiled themselves among us, like the snake. They poisoned us by their touch. We were not safe. We lived in danger. We were becoming like them, hypocrites and liars, adulterous lazy drones, all talkers and no workers…”

“The white men do not scalp the head; but they do worse – they poison the heart… Farewell, my nation!... Farewell to Black Hawk.”